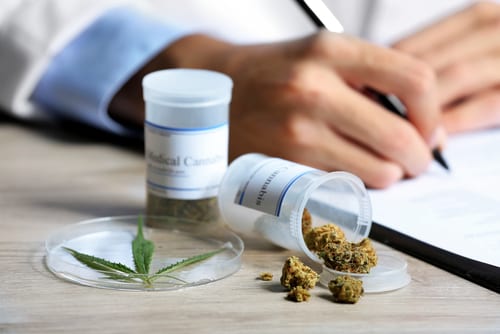 With the rising popularity and acceptance of medical marijuana, it seems that it’s only a matter of time before it’s legalized on a federal level.  But for now, those that can benefit from using this non-traditional approach towards health and healing in Maryland can breathe a sigh of relief. Maryland has not only fully legalized medical marijuana within the state, but the first dispensaries have opened.  Admittedly there are issues with supply and demand at this time, but as with any new endeavor, there are bound to be kinks and upsets along the way. This hasn’t stopped the people of Maryland from showing their support and interest in this new direction of medical marijuana within our beloved state, however, and Mary and Main is proud to join the ranks of Maryland medical marijuana dispensaries offering quality medicine to patients in our neighborhood.

Maryland has issued 15 licenses to growers, 15 licenses to processors, and has set aside an impressive 102 licenses for medical marijuana dispensaries.  At this time only a fraction of those dispensary licenses have been awarded, but those that have received them have done their best to open their doors and assist the patients as they can.  With over 17,000 patients either receiving or applying for their medical marijuana prescription cards, there is plenty of business to be had. One such dispensary assisted over 100 patients on their first day of business. Although the dispensary’s medical marijuana shipment arrived much later than anticipated, workers and patients alike remained until each patient had been served to the best of the dispensary’s ability.  This dedication is proof that medical marijuana is more than just a business venture, but an opportunity to ease the suffering of those in need. It’s the spirit that we believe in here at Mary and Main.

Popularity of Medical Cannabis in Maryland

A poll conducted through the Gonzales Poll shows that a whopping 70% of Maryland citizens are in favor of medical marijuana. With the opioid epidemic affecting a staggering 41% of citizens, many were reported to say that they did not consider medical marijuana to be an unsavory product. Medical marijuana has even been considered in the treatment of those that suffer opioid addiction.  It seems that voters, patients, and medical professionals are in agreement when it comes to the truly progressive medicinal values found within this alternative form of treatment.

Mary & Main is an accredited and fully licensed medical marijuana dispensary in Maryland.  If you’d like to reach out to Mary & Main with any question, concerns, or comments, please feel free to contact us at 855-922-6626.  We would be more than happy to assist you with anything we can, and look forward to speaking with you.

Our doors are slated to open this spring so stay tuned!