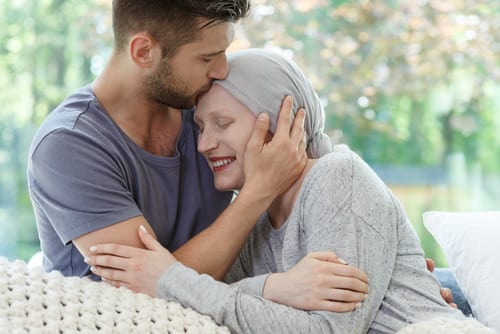 Dealing with nausea and vomiting isn’t a pleasant experience for anyone, but this is even more true for patients that are going through chemotherapy.  Often, within 24 hours of their first chemotherapy treatment, the patient begins to experience intense and even uncontrollable nausea and vomiting. These bouts of chemotherapy induced nausea and vomiting, or CINV, are more than just inconvenient.  The patient can suffer damage to their esophagus, stomach muscles, and a myriad of other physical discomforts and damages. Unfortunately, many of these patients have no choice but to continue chemotherapy to overcome their ailments, and suffering from CINV comes along with that.  But, that doesn’t mean that there isn’t hope for those that suffer.

There are quite a few traditional pharmaceuticals available for patients that suffer from CINV and other forms of extreme nausea and vomiting.  The most often prescribed medicine for CINV is Dexamethasone. Dexamethasone is a corticosteroid that eases the symptoms of inflammatory conditions.  Other medications contain serotonin receptor agonists known as 5-HT3 have proven that they can be effective when paired with dexamethasone due to the ondansetron, aprepitant, and palonosetron.  A few other pharmaceutical types such as antidepressants, anticonvulsants, and even antihistamines have been experimented with in tandem with Dexamethasone to see if the relief can be maximized for the patient.  Unfortunately, there are multiple patients who either don’t respond to these traditional drugs at all, or even report that these drugs exacerbate the symptoms by leaving the patient feeling lethargic, drugged, and on some reports even delusional.

Through extensive and continued research, cannabinoids have proven to be useful in the treatment of extreme nausea and vomiting.  Two such medicines, dronabinol and nabilone, are synthetic cannabinoids that are administered orally and through inhalation. These medicines are variations of the naturally occuring delta-9-tetrahydrocannabinol cannabinoid that is naturally found within cannabis, and have been approved for the treatment of CINV.  These synthetic cannabinoids work by successfully blocking dopamine and serotonin at their receptor sites. Within the brainstem is the dorsal vagal complex (DVC) that is in charge of regulating the body’s nausea and vomiting cues, and is responsible for communicating with the body’s nerve cells and blood cells that emesis is imminent.  With the addition of synthetic cannabinoids to these receptors, these cues are slowed or blocked completely, and the body instead responds with anti-emetic communications through the receptors.

Although research has shown that natural cannabinoids within the cannabis plant are quite effective at treating the symptoms of CINV and other forms of extreme nausea and vomiting, especially if the product is inhaled, it is not yet fully embraced.  Since medical marijuana is still illegal at the federal level, most researchers remain reluctant to conduct the full human clinical trials that it would require to fully prove their findings to the scientific and medical community. But, as the atmosphere and stigma around this alternative medicine continues to change favorably, it may be only a matter of time before until natural cannabinoids receive the funding and research attention that is deserved and needed.

Mary & Main is an accredited and fully licensed medical marijuana dispensary in Maryland.  If you’d like to reach out to Mary & Main with any question, concerns, or comments, please feel free to contact us at 855-922-6626.  We would be more than happy to assist you with anything we can, and look forward to speaking with you!