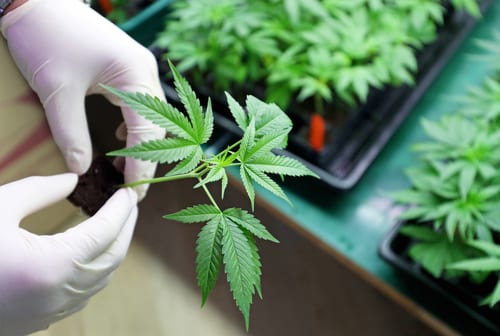 If you suffer from depression, you’re not alone. The disorder affects 350 million people around the globe, making it the leading cause of disability worldwide. Thousands of Americans are diagnosed with depression every year, and even more suffer in silence as they do not seek treatment or professional help. Those who do seek treatment are often prescribed antidepressants that are proven to improve mood while lowering stress levels. More recently, more concerns regarding the danger of prescription drugs are troubling the public. But, what about medical marijuana for depression?

Depression is a common and serious medical illness that negatively affects how you feel, the way you act, and how you think. The disorder comes with a heavy sadness and a lack of interest in doing activities you once enjoyed. Other symptoms may include a sense of feeling hopelessness, lack of energy, or feeling weighed down. This can lead to a variety of emotional and physical problems and can decrease a person’s ability to function at work and at home.

The research of using medical marijuana to treat depression is still in the early stages, but it is believed that benefits of treating with marijuana include the restoration of endocannabinoids function and mood stabilization. Scientists at University of Buffalo began researching the correlation of medical cannabis with depression caused by chronic stress, focusing their main points on brain chemicals called endocannabinoids. Endocannabinoids are naturally produced compounds that influence motor control, emotion, and behavior. These compounds have the same genetic make-up as those found in cannabis. Introducing cannabis into an individual’s system may help restore “normal” endocannabinoid levels and function, easing the symptoms of depression.

Although more research is needed to prepare a full case, the current findings are good indicators that medical marijuana holds the potential to help replace endocannabinoids in our system, therefore improving overall mood and energy.

For more information about how Medical Cannabis can treat depression,

consult with a specialist at Mary and Main.