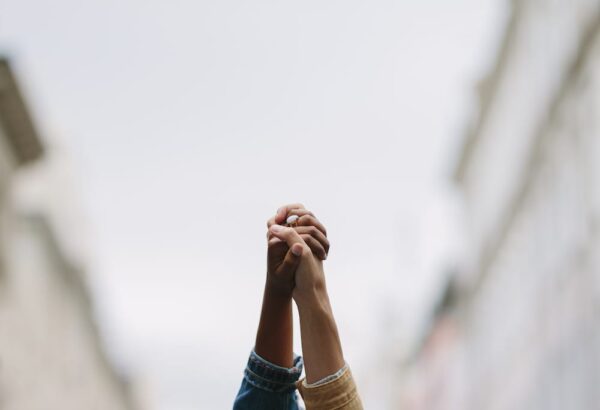 Within the past couple of decades, cannabis has gone from being a forbidden substance only available on the streets, to a highly profitable product available in everyday dispensaries.

For many, this booming industry has been a good thing. In 2019 alone, the industry created over 33,000 new jobs, according to Cannabis Jobs Report. And those jobs come with a median salary that’s 10.7 percent higher than the national average, according to a 2019 Glassdoor report.

But people of color who have been disproportionately targeted by law enforcement for possessing, consuming, or selling cannabis are being rejected from the industry.

This has led to an uproar from those fighting for social equity within the cannabis realm. So what is social equity? When it comes to the cannabis industry, social equity centers around the inclusion of communities of color in every aspect, from cultivation to consulting. Although great progress has been made there is still a lot of work to be done. In this blog we will look at how social justice in cannabis has evolved.

Marijuana has been the most important driver of mass criminalization in the USA, predominantly Black and Latin communities. A staggering 4:1 ratio of being charged with possession or recreational use is proof that people of color are 4 times more likely to get a criminal record related to marijuana than the white population regardless of almost the same usage rate. The most puzzling part of all the arrests is that the police busted regular users and not the kingpins or dealers. This causes a problem on so many levels.

First, having a criminal record for using or possession complicates the rest of the life of the convicted. You’re least likely to get a loan, file for an affordable housing program, get budget-friendly insurance, or even a job. Now, if these police busts charge predominantly people of color, it means that they are 4 times unlikely to get the social benefits and cover their needs.

Second, this injustice creates the diminishing portrait of a person with a weed who will always be of color, live in a poorly developed neighborhood, shows violence, and, of course, sells it to the underaged. “What?!”, a normal reaction to that would be but the people have been fed lies since the early 1900s.

The challenge with drug laws is that some consumers of cannabis, for instance, are handed different sentences than others. It may even be due to skin color, as many people of color are more likely to be arrested for cannabis in spite of equal usage rates. National and state drug laws have been stacked against people of color for many reasons. The ‘war on drugs’ began as a way to further criminalize people for using drugs, thereby claiming they were being ‘tough on crime,’ in the government which meant more people locked away for longer terms for lesser offenses. This has also come to mean people who interact with the law more frequently over their drug use are less likely to get help for their drug use and may be more likely instead to end up in jail or prison, affecting the rest of their lives.

In the context of drug wars, legally people who are not criminalized for the use of cannabis will not expect to go to jail for possessing or using the drug. Millions of Americans can enjoy cannabis without fear of reprisal, arrest, or further harm. Cannabis laws that allow the legality of this drug can help people of color, especially, in areas like voting, employment, and housing. These sectors can be impacted by people of color ending up in jail since they can get a record that keeps them from suitable housing choices, getting a better job, and voting in politics. Legalization allows for more equality amongst people of color who suffer under heavy laws that send them to increasingly longer jail and prison terms for cannabis use.

The cannabis world can take notice of this to build support for people of color, and others, to become educated about legalization, new laws in the pipeline, and ways to get engaged further to ensure equality and justice for all.

Mary and Main provide the best selection of cannabis for people from all walks of life. Our goal is to educate them about cannabis and help make selections that work for whatever their needs are. We hope people will come away knowing more about cannabis than when they walked in. Call us to find out how to get started.