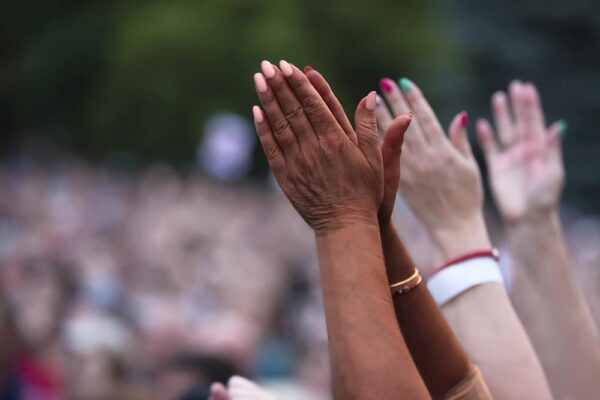 It’s about time to make marijuana recreational use legal all over the globe but for the U.S. communities of color, it matters more than to any other. Read on to learn how the decriminalization of marijuana will affect them.

2021 promises to be a year of great changes in the marijuana industry, particularly in the USA. ‘How’s that?’ you might ask. In December 2020, the UN voted to support the WHO recommendation to reclassify marijuana and take it out of the list of narcotic substances. That very year, there were 3 more entrants to the recreational marijuana market (NJ, Arizona, Montana) with Mississippi and South Dakota approved it for medical use. Surely, these changes are the needed ones to make the industry go out of the gray area it’s now in, but there is another factor that doesn’t show a sign of change so far – decriminalization of marijuana-related charges within the legal system. And that is crucial for people of color, in particular. Apart from making it an open business, decriminalization of marijuana will help to maintain equality balance in society, change the image of the marijuana smoker (which often gets racially biased), and create the condition for developing a strong segment of the agricultural economy. But let’s talk about that in detail.

Marijuana growing isn’t a small segment of U.S. agriculture where the dispensaries are legal and functioning. As Oregon Cannabis Industry Research shows, it’s ranked among the most valuable crops and consisted 46% of the harvest sold, outtopping wheat, corn, and potato. Making it legal and government-controlled has immense potential to make the weed economy a strong player in the market and cover the needs (if medical) or wants if recreational) of the users without putting charges. And here comes the most interesting part of the weed industry – its racially biased background.

Marijuana has been the most important driver of mass criminalization in the USA, predominantly Black and Latin communities. A staggering 4:1 ratio of being charged with possession or recreational use is a proof that people of color are 4 times more likely to get a criminal record related to marijuana than the white population regardless of almost the same usage rate. The most puzzling part of all the arrests is that the police busted regular users and not the kingpins or dealers. This causes a problem on so many levels.

First, having a criminal record for using or possession complicates the rest of the life of the convicted. You’re least likely to get a loan, file for an affordable housing program, get budget-friendly insurance, or even a job. Now, if these police busts charge predominantly people of color, it means that they are 4 times unlikely to get the social benefits and cover their needs.

Second, this injustice creates the diminishing portrait of a person with a weed who will always be of color, live in a poorly developed neighborhood, shows violence, and, of course, sells it to the underaged. “What?!”, a normal reaction to that would be but the people were fed lies since the early 1900s.

A Historical Insight (That Will Come as an Unpleasant Discovery)

The recreational use of marijuana (smocking) is associated with the Mexican people migrating to the States from the unrest in their country. However, the media of that time and the people behind the prohibition laws showed the masses unproven ‘facts’ that the use of marijuana:

– “makes the Blacks forget their place in the society”.

It came from the top-government persona that the most smokers being “Negroes, Hispanics, Filipinos, and entertainers”, which exemplified the 9:1 ratio of charges for the same crimes among the Mexicans and white Americans in 1938. Combined with the people demanding justice, the riots of the Black communities, and the Civil Rights movements, you can understand why the white police and government chose it very convenient to portray the image of the marijuana user as a migrant or as a Black person. To segregate the community, diminish their social status, and show the image would only ignite hate and desire to separate them from the rest of society.

As we see, the racial part of marijuana history has more to do with segregation and keeping the people off the benefits of inclusivity and justice. So, how decriminalization of marijuana can help communities of color?

The history of marijuana in the States can’t be viewed without racial input that as the consumption of weed for any purpose always entailed racial biases. 2021 is a great time to put that to an end, legalize the use of marihuana, decriminalize it, and expunge the records of those who have marijuana-related charges, and maintain justice for those who deserve it most.