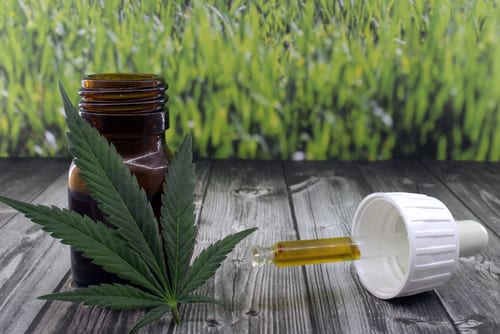 It’s becoming a well-known and widely accepted fact that medical marijuana can greatly ease the physical pain and suffering of patients that suffer from debilitating or chronic ailments, diseases, and illnesses.  But what about the use of this alternative medicine to treat mental illnesses and anxiety disorders such as Post-Traumatic Stress Disorder (PTSD)? Multiple government research studies have shown that a vast majority of patients who suffer from such disorders and illnesses have been self-medicating with marijuana for years, and have even termed these unregulated use as “marijuana abuse disorder”.  However, more extensive research is showing that this use may not be abuse at all, but rather a vastly effective treatment, especially for patients that suffer from Post-Traumatic Stress Disorder.

PTSD, short for Post-Traumatic Stress Disorder, is a disorder that is caused by the sufferer or victim living through a disturbing or traumatic episode at one point in their life, such as a sexual assault or a violent experience in military combat.  There are three accepted classes of symptoms that fully characterize PTSD.

Patients that deal with Post-Traumatic Stress Disorder over long periods are said to do so because of the intense chemical changes that occur within the brain, such as adrenaline and stress hormones, during the time of trauma.  Many patients that suffer from this disorder are unable to handle most social situations, and are found to suffer from low self-esteem and a skewed view of their own self-worth. Depression is often found within these sufferers as well.  This exacerbates the situation, and amplifies the original symptoms even more.

Why Medical Marijuana for PTSD?

Currently, those that suffer from PTSD have no truly effective or specifically designated medication to treat the symptoms of their disorder.  Thankfully, new research into the body’s endocannabinoid system is showing promising results in truly understanding and treating the symptoms of Post-Traumatic Stress Disorder.  One such finding of this research is that patients that suffer from PTSD have significantly lower levels of anandamide, which is an endogenous cannabinoid compound that fills receptor sites within the brain, allowing the patient to minimize their traumatic memories to an extent.

Low levels of anandamide can lead the sufferer to develop an impaired fear of death, aversive memory consolidation, and even mentally crippling chronic anxiety. By using medical marijuana to counteract these effects and symptoms, these patients’ levels of anandamide often rise to a much more normal and acceptable level, which offers them relief and a much strived for feeling of normalcy. It makes scientific and practical sense to use medical marijuana to help PTSD patients balance their anandamide levels, especially when considering that there are no other pharmaceuticals at this time that can do that very thing.

Mary & Main is an accredited and fully licensed medical marijuana dispensary in Maryland.  If you’d like to reach out to Mary & Main with any question, concerns, or comments, please feel free to contact us at 855-922-6626.  We would be more than happy to assist you with anything we can, and look forward to speaking with you.

Come see us this spring when we open our doors!