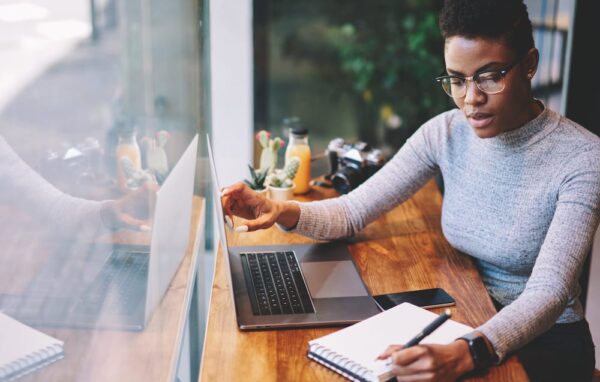 People of color have been disproportionately targeted by law enforcement for possessing, consuming, or selling cannabis and are being rejected from the industry. When it comes to the cannabis industry, social equity centers around the inclusion of communities of color in every aspect, from cultivation to consulting. Although great progress has been made there is still a lot of work to be done. In this blog, we have put together a list of Black women-owned cannabis firms that are not only making waves but are breaking barriers for others to follow.

Wanda James is the founder and CEO of Simply Pure Dispensary. Along with her husband Scott Durrah, they became the first African Americans, legally licensed in America, to own a dispensary, a cultivation facility and an edible company. As a leading advocate in the cannabis industry, Wanda’s political and entrepreneurial work on cannabis reform has led to her being named one of the 100 Most Influential People in Cannabis by High Times magazine in 2018, one of the 2016 Cannabis Business Executive (CBE) 50 Most Important Women in the Cannabis Industry, and has been featured in numerous shows including The BBC, Democracy Now,The Atlantic, MIC.com, MSNBC, Smile Jamaica, ViceLand, The Daily Show with Jon Stewart, CBS Sunday Morning Holiday Special, “Eat, Drink and be Merry” and CNBC’s Marijuana USA.

Janice Knox founded American Cannabinoid Clinics with her husband and children after working in medicine for 35 years as an anesthesiologist. She made a switch into medical marijuana in 2012 and carried her family along with her. Interestingly, her husband and two children are all medical doctors. Knox is one of 15 children and grew up in San Francisco Bay. She later went north for medical education in the 1970s. “There were not very many black women or men, at least not at the University of Washington,” she told the Washington Post.

Dasheeda Dawson is a global cannabis industry educator, senior executive leader and strategy expert, and author of the bestselling workbook, “How to Succeed in the Cannabis Industry”. She is a co-host of the @she_blaze podcast and the founder of the Cannabis Education Advocacy Symposium & Expo (CEASE).

Founded in 2016, The WeedHead™ & Company is a lifestyle brand. Originally conceived to document Dawson’s experience transitioning into the legal cannabis industry, the company has grown to encompass education, empowerment and e-commerce for professionals curious about and working in cannabis, with a mission to make the industry accessible and equitable for all, particularly those communities disparately impacted by America’s war on drugs.

Royal Highness is co-owned by two sisters, Keyva and Kiyah King, and an interior designer. The brand claims to bring customers the very best products and accessories for their cannabis lifestyle. They feature an exclusive collection of established and emerging brands which is carefully curated by their merchandising team to include highly differentiated and distinctive luxury products.

These women, along with Hope Wiseman of our very own Mary and Main, have taken the cannabis industry to new heights and have no plans on slowing down.

While this is just the tip of the iceberg, these women are making inroads in an industry that has not seen this much growth in a long time. Cannabis is giving people something to think about as they look to grow in their understanding of how it works, why it supports better health, and ways people can tap into the industry for themselves. The possibilities are endless for those who seek to learn and grow in their knowledge of cannabis and the industry. To learn more visit https://maryandmain.com/.